I recently ran across a document that explains how to install the A2 operating system (formerly Bluebottle, formerly Aos) in the form of UnixAos hosted on macOS, in the process of explaining how to make a installer for macOS. I think the same process will work for any supported Unix. [Later: indeed, I used the LinuxA2-64bit.tgz file and the same process worked fine on my Fedora box.]

I'll summarize what I did.

I went to http://www.informatik.uni-bremen.de/~fld/UnixAos/ and selected the most recent revision, rev.9799 at the time of this writing. There I downloaded the install script, install.UnixA2 and the version for 64 bit macOS, DarwinA2-64bit.tgz. (There were also Linux and Solaris versions for 32 and 64 bit systems.)

Then I executed chmod +x'ed the install script and ran it, passing the .tgz file to it.

First, it asks for the installation directory, which should already exist. It has a default, but I installed to the directory /usr/local/sw/versions/aos/rev.9799. Again, I had to create that directory first. (I don't like to write into /usr or /usr/local, because those directory hierarchies are often under the systems control. Nobody uses /usr/local/sw for anything except me.)

Second, it asks for the file name to copy the aos script to. I installed the aos command to /Users/tkb/local/rndbin, (/home/tkb/local/rndbin on non-macOS systems) which is in my path.

The install script assumes you are running as root, but I ran it first as my normal user, and since the directory I was installing it to was owned by me it seems to have worked ok, even though it complained about chgrp not being able to change the group of a bunch of files.

Then when I issued the command aos it started up and displayed a window with A2 running in it. (This requires X Windows, so you'll need to install XQuartz on macOS.)

Here's a screen shot from macOS: 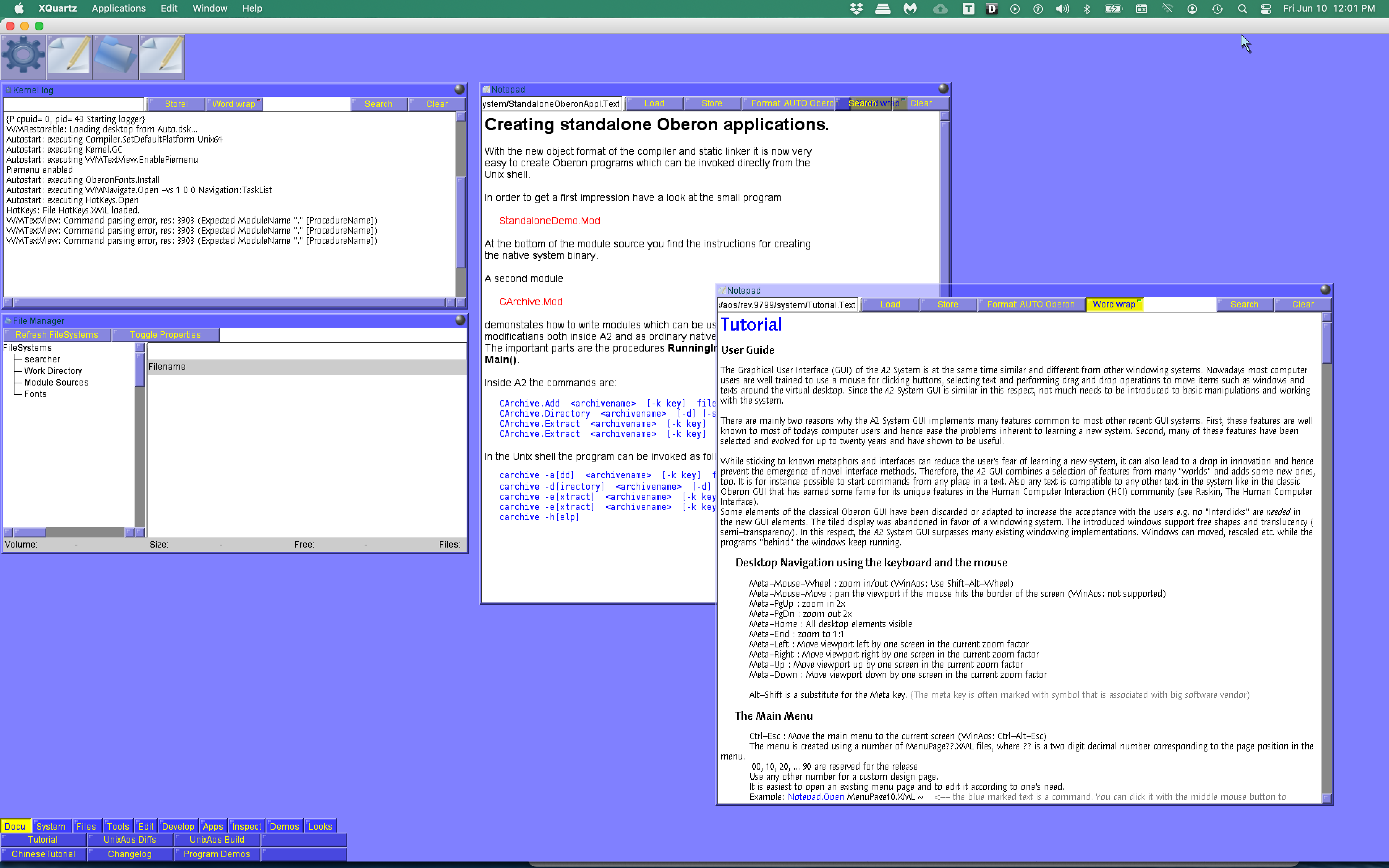 Screenshot of A2 running under macOS

It seems to work ok, both on macOS and Fedora, though I haven't investigated very much.